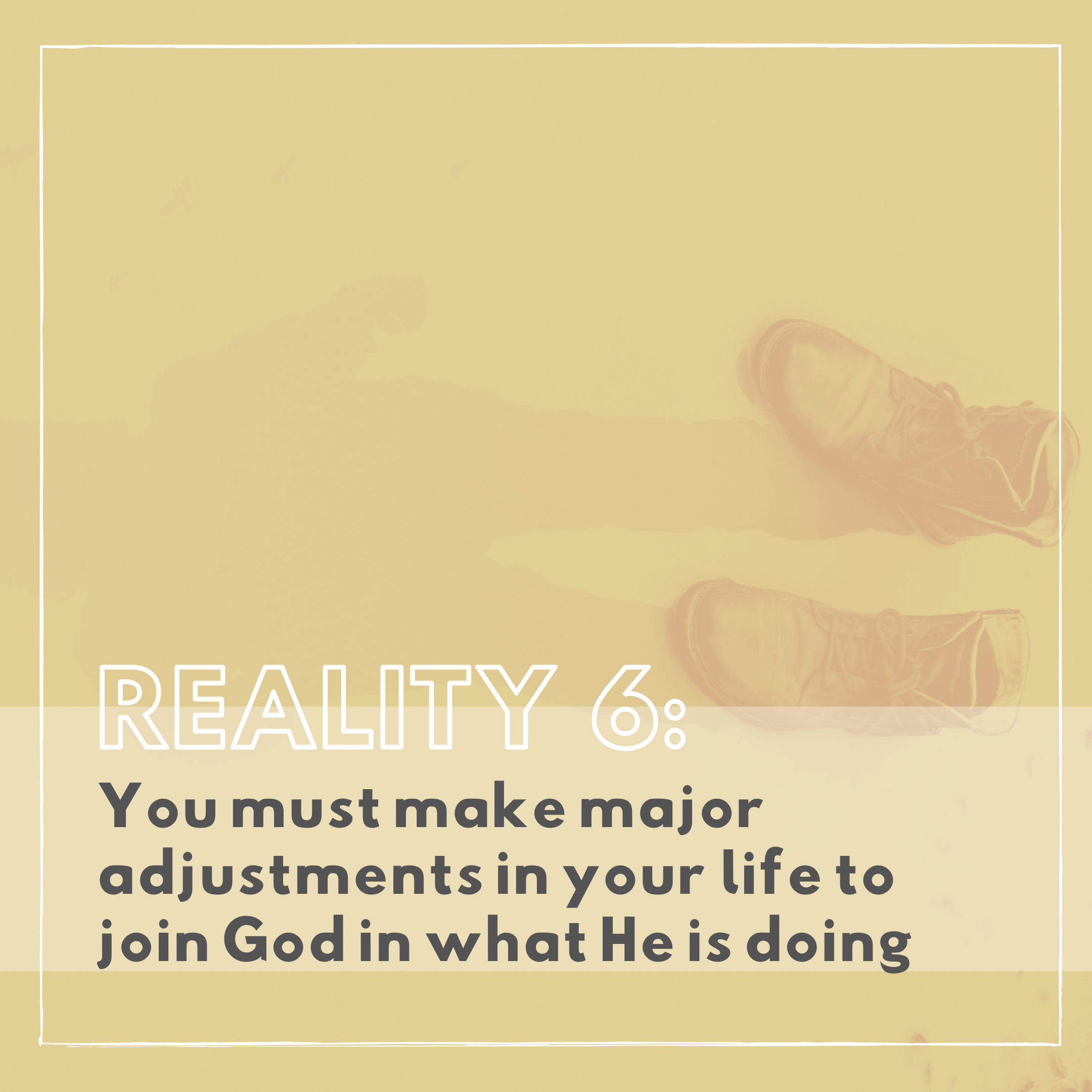 This is a second point at which many miss out on experiencing God.  To get from where you are to where God is requires significant adjustments in your life.  These adjustments may relate to your thinking, circumstances,  relationships, commitments, actions, and beliefs.  I have been asked if every adjustment God asks us to make is significant.  My response is always: To move from your way of thinking or acting to God’s way of thinking or acting will require fundamental adjustments.  You can’t stay where you are and go with God at the same time.

Moses had to make major changes in his life to join God in what He was doing.  Moses couldn’t stay in the desert and stand before Pharaoh at the same time.  God said: “’Return to Egypt, for all the men who wanted to kill you are dead.’  So Moses took his wife and sons, put them on a donkey, and set out for the land of Egypt.” (Exodus 4:19-20).

Moses made the required adjustments to orient his life to God.  He had to become convinced God could do everything He said He would do.  Then he had to leave his job and extended family and move to Egypt.  When Moses fled from Egypt forty years earlier, he had been a fugitive.  Returning to the court of Pharaoh could have been tantamount to turning himself over to the authorities who wanted to punish him severely.  Moses had to believe God could do what He said or else Moses’ life was in grave danger.  After determining to move forward, he was in a position to obey God. That did not mean he was going to do something all by himself for God.  It meant he was going to be where God was working.  Then God would do what He had purposed through Moses.  Moses was a servant who was moldable, and he remained at God’s disposal to be used as God chose.  God accomplished His enormous purposes through the ordinary shepherd, Moses.