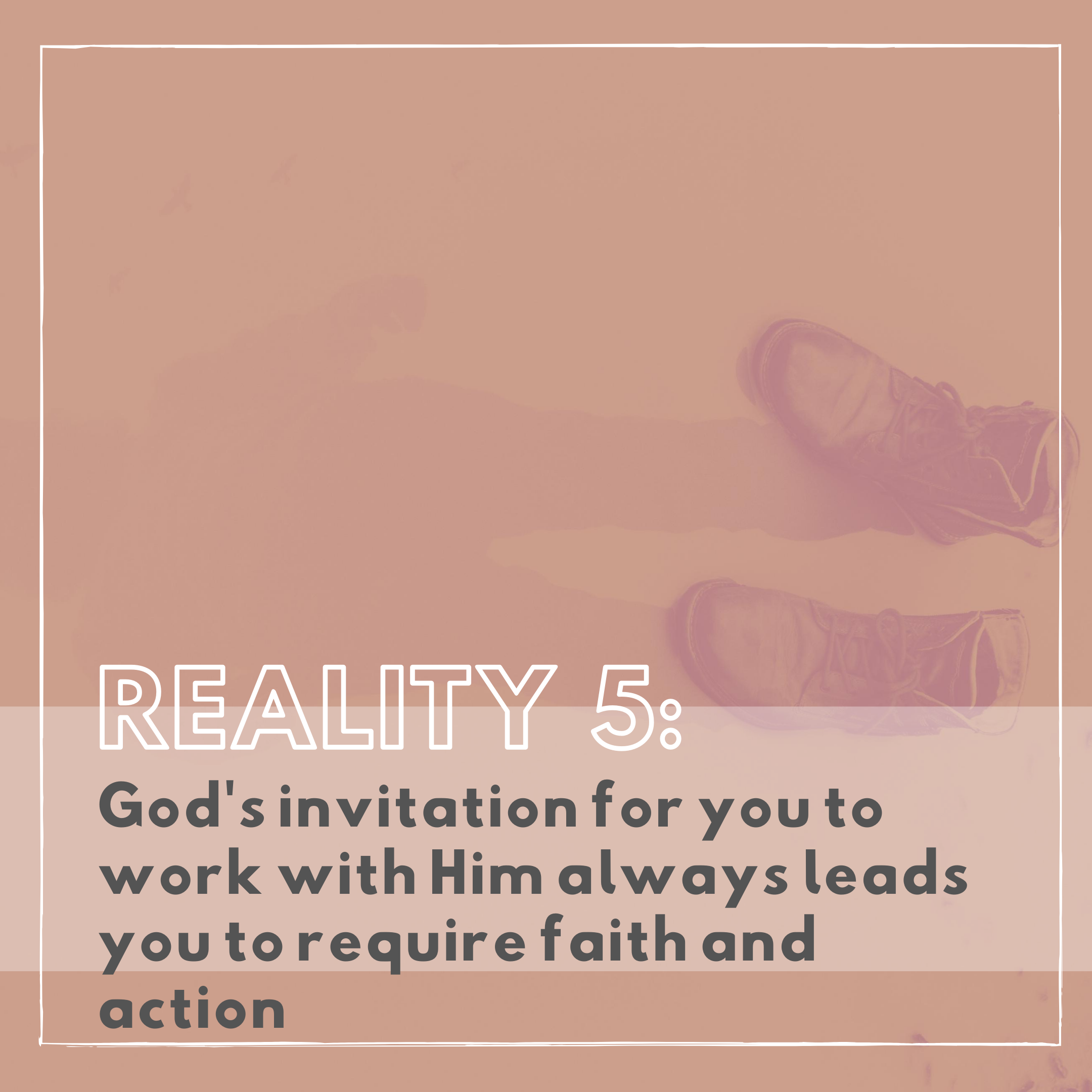 God wants a watching world to come to know who He truly is.  He does not call you to get involved in His activity merely so people can see what you can do.  He will call you to an assignment that you cannot accomplish apart from His divine intervention.  God’s assignments have God-sized dimensions.  This does not mean God does not ask us to undertake mundane, seemingly ordinary tasks.  But when God is involved in anything, there are always eternal, divine dimensions, implications, and possibilities.

When God asks you to do something you cannot do, you will face a crisis of belief.  You’ll have to decide what you really believe about God.  Can He and will He do what He has said He wants to do through you?  Can God do the seemingly impossible through your ordinary life?  How you respond to His invitation reveals what you truly believe about God, regardless of what you say.

This major turning point is where many people miss out on experiencing God’s mighty power working through them. If they cannot understand exactly how everything is going to happen, they won’t proceed.  They want to walk with God by sight, not faith.  To follow God, you’ll have to walk by faith because without faith, it is impossible to please Him (see Hebrews 11:6).  Faith is more than just belief.  Biblical faith always requires action (see James 2:14).  God does not want you merely to believe what He says.  He wants you to obey what He commands (see Luke 6:4).  All of God’s promises and invitations will be meaningless to you unless you believe Him and obey Him.

Moses offered God numerous objections.  He questioned whether God could accomplish such an enormous task through him (see Exodus 3:11), whether the Israelites would believe God had appeared to him (see Exodus 4:1),  and whether he was capable of speaking eloquently enough to convince Pharaoh and the people of what he said (see Exodus 4:10).

In each case, Moses doubted God’s power more than he was questioning his own ability.  He faced the crisis of belief: Is God really able to do what He says?  God finally convinced Moses to become involved in delivering Israel from slavery.  Moses’ faith is described in Hebrews, however, as a model of self-sacrifice and trust in Almighty God.  Once God let Moses know what He was about to do, that revelation became Moses’ invitation to join Him.  The writer of Hebrews describes Moses’ faith and action:

By faith Moses, when he had grown up, refused to be called the son of Pharaoh’s daughter and chose to suffer with the people of God rather than to enjoy the short-lived pleasure of sin…By faith he left Egypt behind, not being afraid of the king’s anger, for he persevered, as one who sees Him who is invisible.  By faith he instituted the Passover and the sprinkling of the blood, so that the destroyer of the firstborn might not touch them.  By faith they crossed the Red Sea as though they were on dry land.  When the Egyptians attempted to do this, they were drowned. (Hebrews 11:24-29)