We spend more than 95% of our discipleship ‘time’ outside gatherings and Small Groups. Whether that is in our workplace, neighbourhood, home or hobbies – these are the most significant spaces for us to establish great discipleship rhythms. Reading the Bible is a critical practice to a disciple wanting to follow Jesus. It is for these reasons that we want to create opportunities and empower one another to consider how we read our Bibles well in our daily lives. This page is here to encourage you to read daily, and in a way that leads you to Jesus.

October is Mental Health Month, and we’re looking at God and all our troubles. This whole month we’re slowing down to focus on mental, emotional and spiritual health with the aim of creating space for individual and collective reflection in light of the past few months.

Here are three example passages for you to reflect on – but there are many more you will be able to find through Matthew, Mark, Luke and John…

Jesus Talks With a Samaritan Woman

Now Jesus learned that the Pharisees had heard that he was gaining and baptizing more disciples than John — although in fact it was not Jesus who baptized, but his disciples. So he left Judea and went back once more to Galilee.

Now he had to go through Samaria. So he came to a town in Samaria called Sychar, near the plot of ground Jacob had given to his son Joseph. Jacob’s well was there, and Jesus, tired as he was from the journey, sat down by the well. It was about noon.

When a Samaritan woman came to draw water, Jesus said to her, “Will you give me a drink?” (His disciples had gone into the town to buy food.)

Jesus answered her, “If you knew the gift of God and who it is that asks you for a drink, you would have asked him and he would have given you living water.”

“Sir,” the woman said, “you have nothing to draw with and the well is deep. Where can you get this living water? Are you greater than our father Jacob, who gave us the well and drank from it himself, as did also his sons and his livestock?”

The woman said to him, “Sir, give me this water so that I won’t get thirsty and have to keep coming here to draw water.”

He told her, “Go, call your husband and come back.”

“I have no husband,” she replied.

Jesus said to her, “You are right when you say you have no husband. The fact is, you have had five husbands, and the man you now have is not your husband. What you have just said is quite true.”

“Sir,” the woman said, “I can see that you are a prophet. Our ancestors worshiped on this mountain, but you Jews claim that the place where we must worship is in Jerusalem.”

“Woman,” Jesus replied, “believe me, a time is coming when you will worship the Father neither on this mountain nor in Jerusalem. You Samaritans worship what you do not know; we worship what we do know, for salvation is from the Jews. Yet a time is coming and has now come when the true worshipers will worship the Father in the Spirit and in truth, for they are the kind of worshipers the Father seeks. God is spirit, and his worshipers must worship in the Spirit and in truth.”

The woman said, “I know that Messiah” (called Christ) “is coming. When he comes, he will explain everything to us.”

Then Jesus declared, “I, the one speaking to you — I am he.”

Just then his disciples returned and were surprised to find him talking with a woman. But no one asked, “What do you want?” or “Why are you talking with her?”

Then, leaving her water jar, the woman went back to the town and said to the people, “Come, see a man who told me everything I ever did. Could this be the Messiah?” They came out of the town and made their way toward him.

Meanwhile his disciples urged him, “Rabbi, eat something.”

But he said to them, “I have food to eat that you know nothing about.”

Then his disciples said to each other, “Could someone have brought him food?”

“My food,” said Jesus, “is to do the will of him who sent me and to finish his work. Don’t you have a saying, ‘It’s still four months until harvest’? I tell you, open your eyes and look at the fields! They are ripe for harvest. Even now the one who reaps draws a wage and harvests a crop for eternal life, so that the sower and the reaper may be glad together. Thus the saying ‘One sows and another reaps’ is true. I sent you to reap what you have not worked for. Others have done the hard work, and you have reaped the benefits of their labour.”

Jesus Anointed by a Sinful Woman

When one of the Pharisees invited Jesus to have dinner with him, he went to the Pharisee’s house and reclined at the table. A woman in that town who lived a sinful life learned that Jesus was eating at the Pharisee’s house, so she came there with an alabaster jar of perfume. As she stood behind him at his feet weeping, she began to wet his feet with her tears. Then she wiped them with her hair, kissed them and poured perfume on them.

When the Pharisee who had invited him saw this, he said to himself, “If this man were a prophet, he would know who is touching him and what kind of woman she is — that she is a sinner.”

Jesus answered him, “Simon, I have something to tell you.”

“Two people owed money to a certain moneylender. One owed him five hundred denarii, and the other fifty. Neither of them had the money to pay him back, so he forgave the debts of both. Now which of them will love him more?”

Simon replied, “I suppose the one who had the bigger debt forgiven.”

“You have judged correctly,” Jesus said.

Then he turned toward the woman and said to Simon, “Do you see this woman? I came into your house. You did not give me any water for my feet, but she wet my feet with her tears and wiped them with her hair. You did not give me a kiss, but this woman, from the time I entered, has not stopped kissing my feet. You did not put oil on my head, but she has poured perfume on my feet. Therefore, I tell you, her many sins have been forgiven — as her great love has shown. But whoever has been forgiven little loves little.”

Then Jesus said to her, “Your sins are forgiven.”

The other guests began to say among themselves, “Who is this who even forgives sins?”

Jesus said to the woman, “Your faith has saved you; go in peace.”

A large crowd followed and pressed around him. And a woman was there who had been subject to bleeding for twelve years. She had suffered a great deal under the care of many doctors and had spent all she had, yet instead of getting better she grew worse. When she heard about Jesus, she came up behind him in the crowd and touched his cloak, because she thought, “If I just touch his clothes, I will be healed.” Immediately her bleeding stopped and she felt in her body that she was freed from her suffering.

At once Jesus realized that power had gone out from him. He turned around in the crowd and asked, “Who touched my clothes?”

“You see the people crowding against you,” his disciples answered, “and yet you can ask, ‘Who touched me?’ ”

But Jesus kept looking around to see who had done it. Then the woman, knowing what had happened to her, came and fell at his feet and, trembling with fear, told him the whole truth. He said to her, “Daughter, your faith has healed you. Go in peace and be freed from your suffering.”

For some more guidance to reading the Bible, check out these resources: 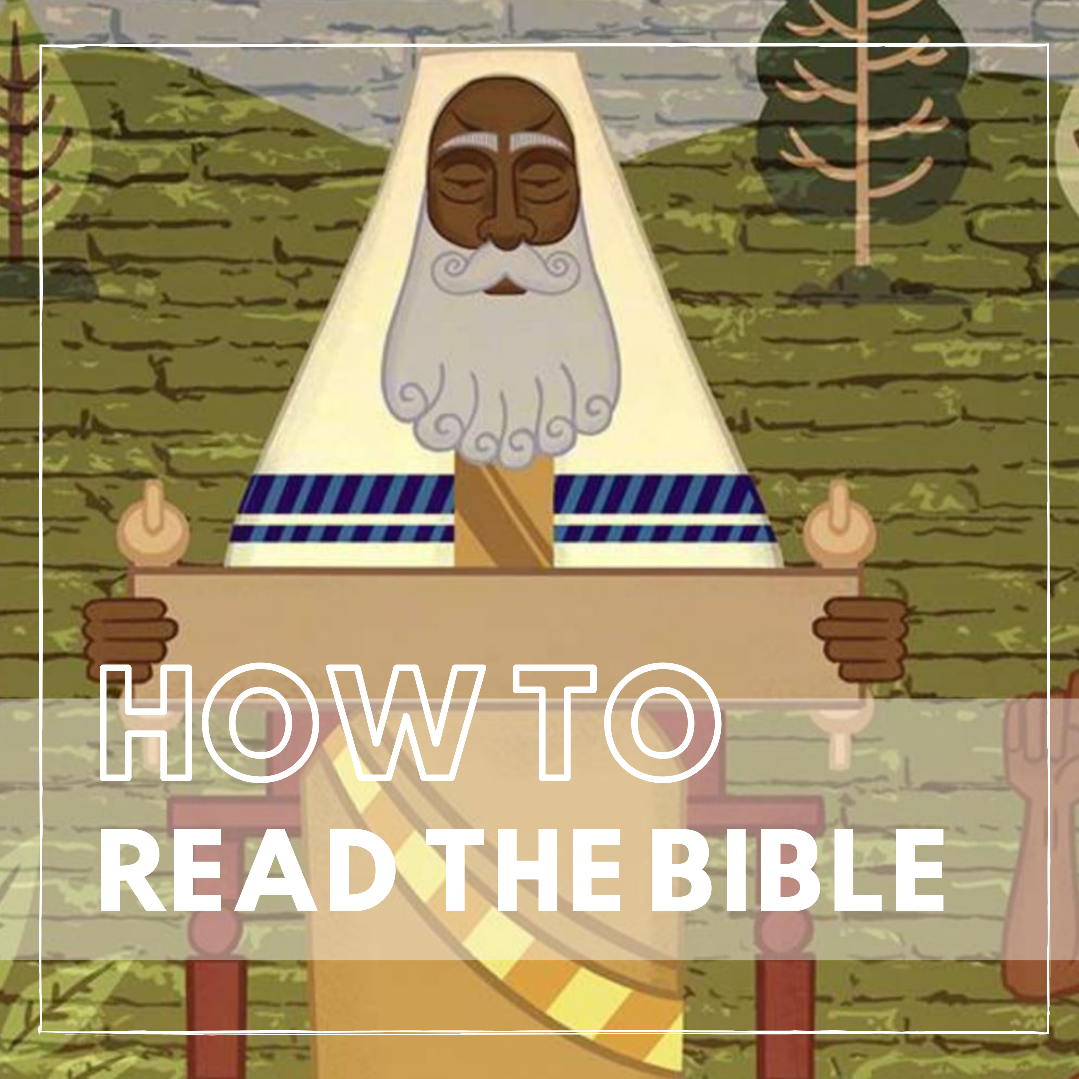 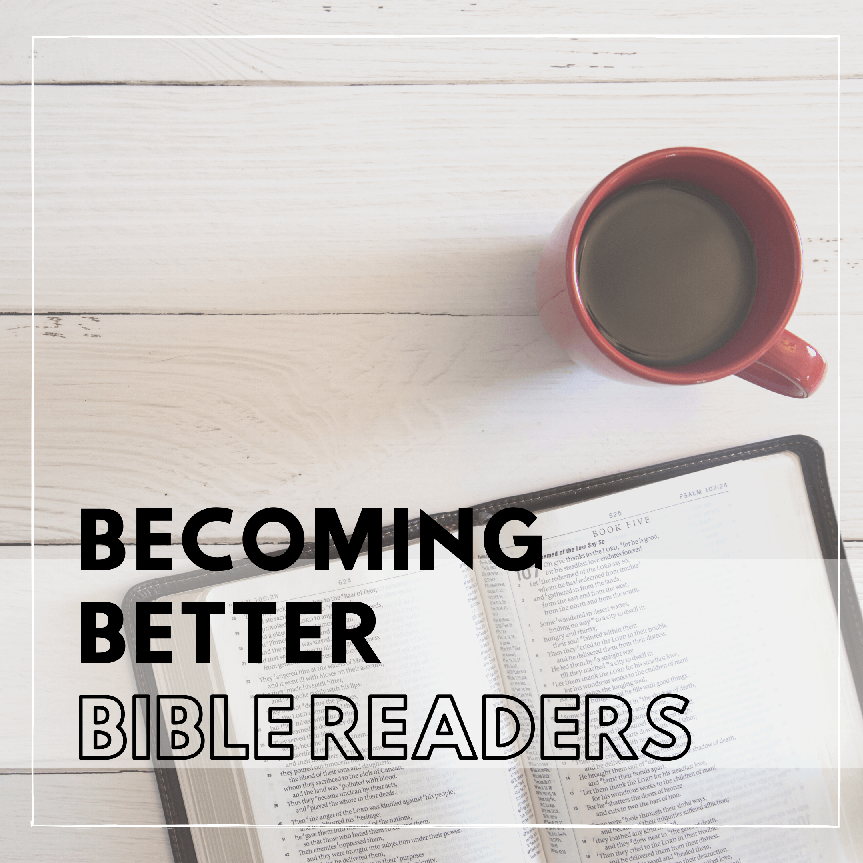 Click on the images below to continue ‘Living It Out’: 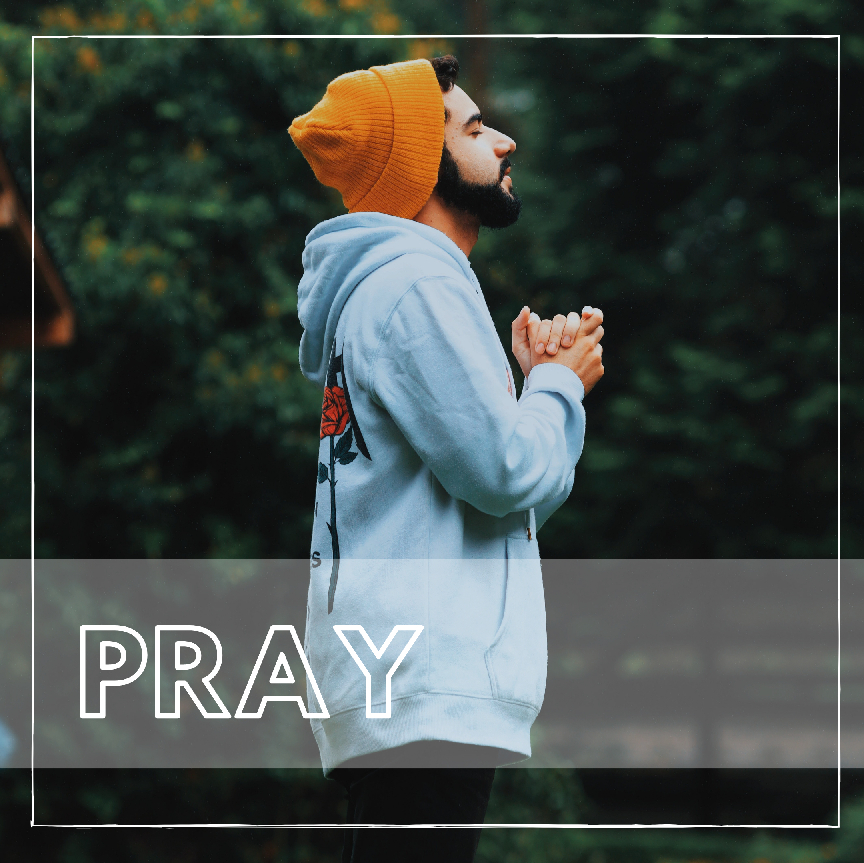 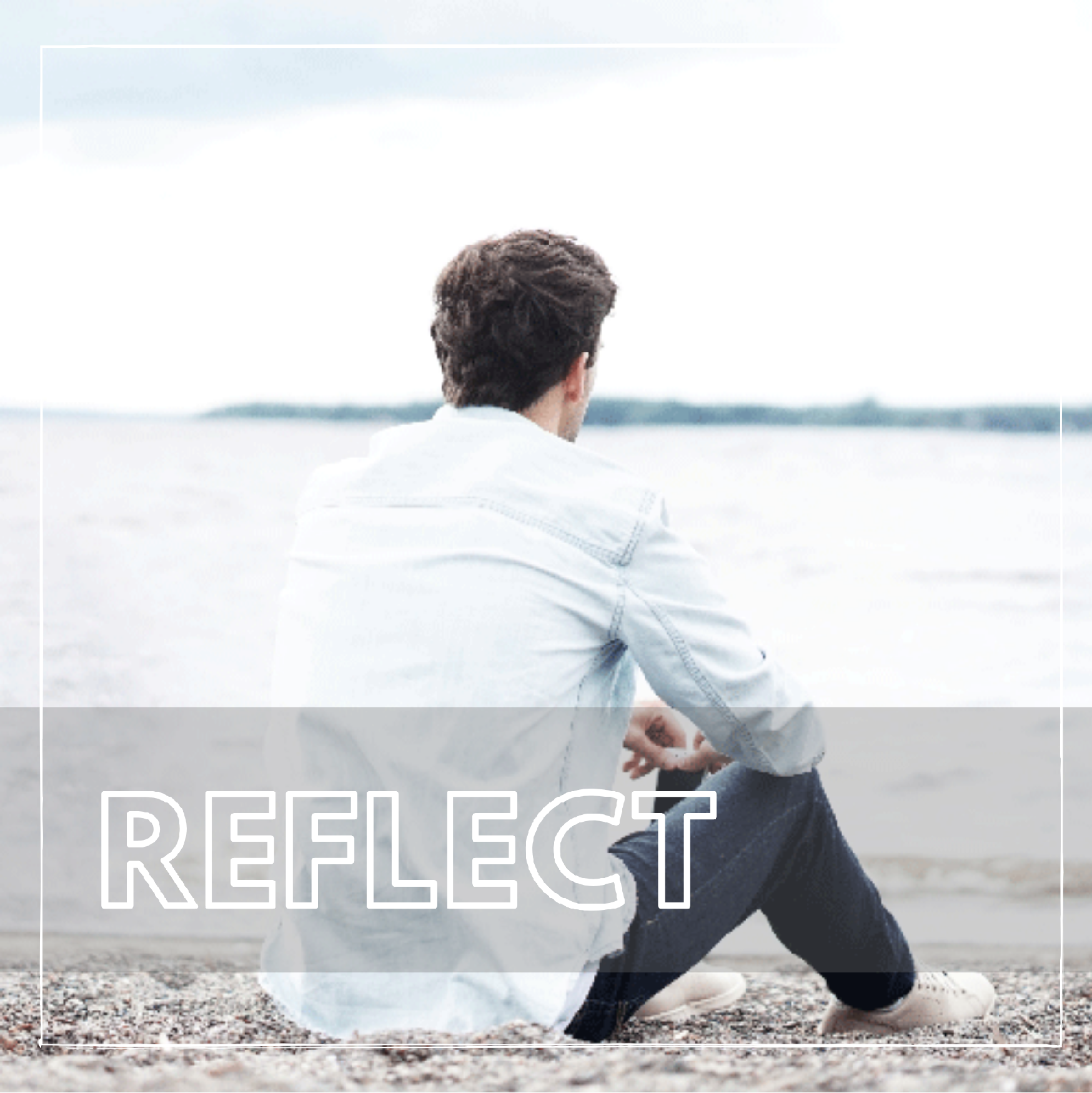 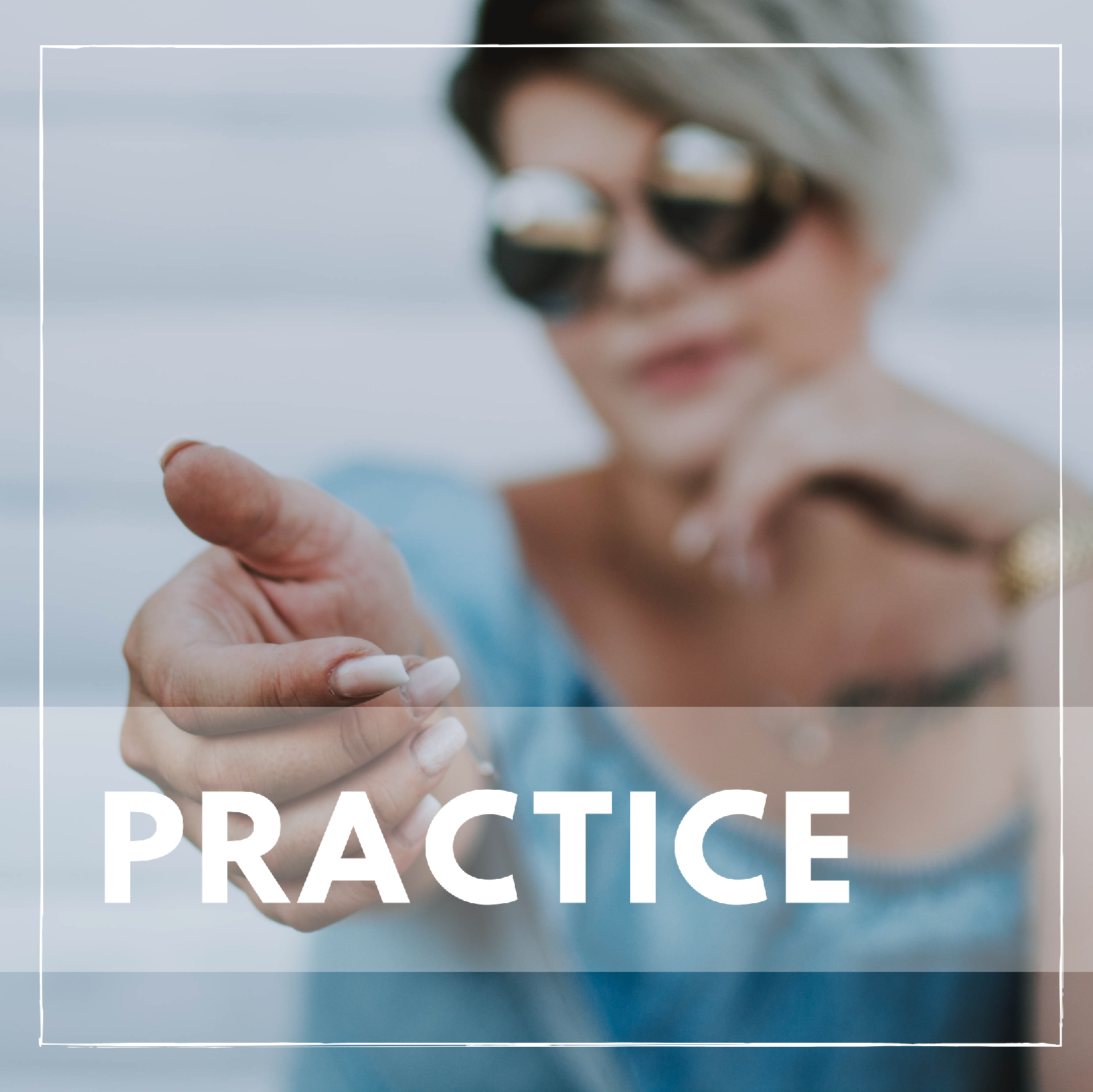 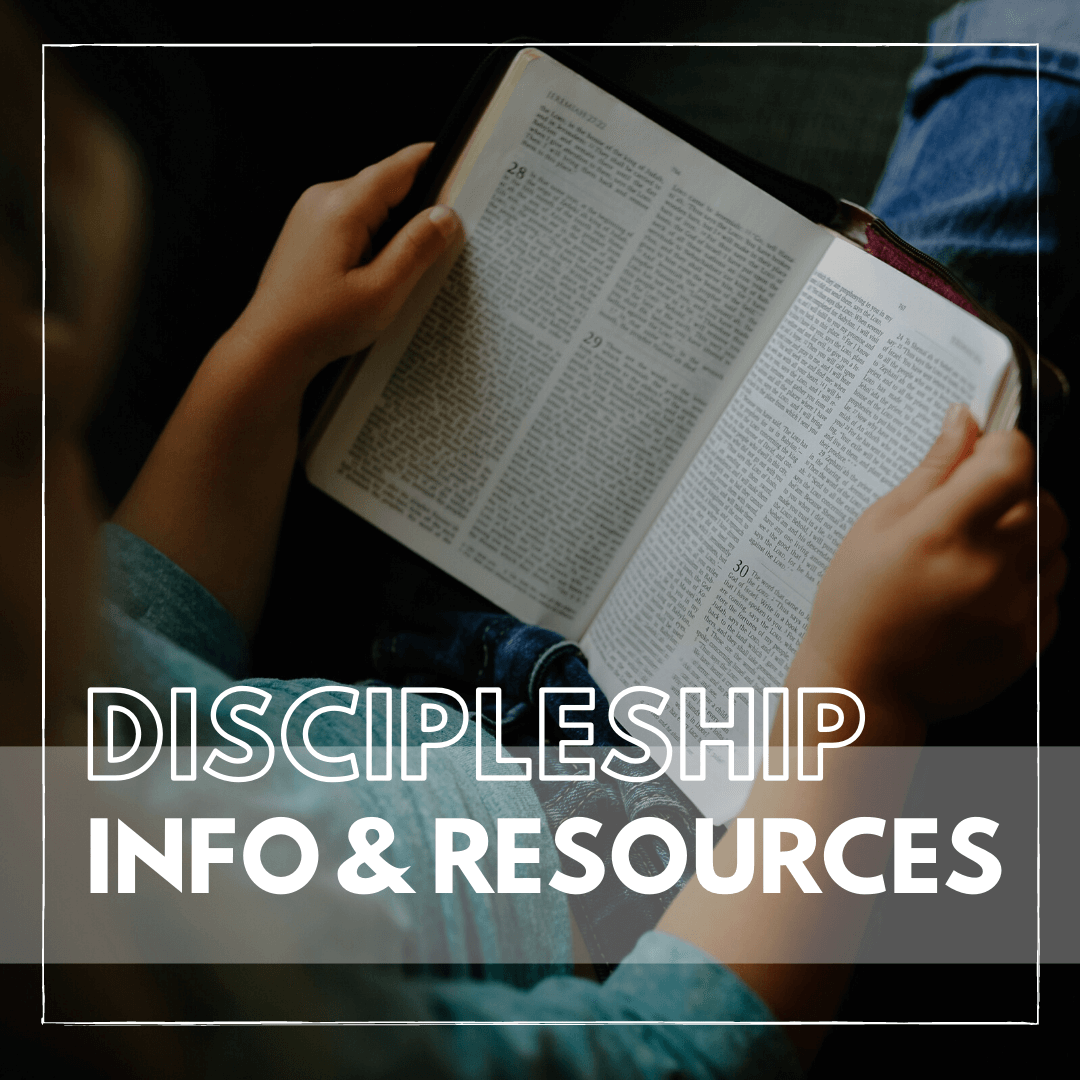